2. This OM will supersede all earlier orders in respect of Maternity Leave for female Gramin Dak Sevaks (Female GDS).

i. Female Gramin Dak Sevaks (Female GDSs) with less than two surviving children may be granted maternity leave by an authority competent to grant leave for a period of 180 days from the date of its commencement.

ii. During such period, she shall be paid TRCA drawn plus Dearness Allowance immediately before proceeding on leave.

iii. Maternity leave not exceeding 45 days may also be granted to female Gramin Dak Sevaks (irrespective of the number of surviving children) during the entire service of that female GDSs in case of miscarriage including abortion on production of medical certificate issued by a Government Medical Practitioner. 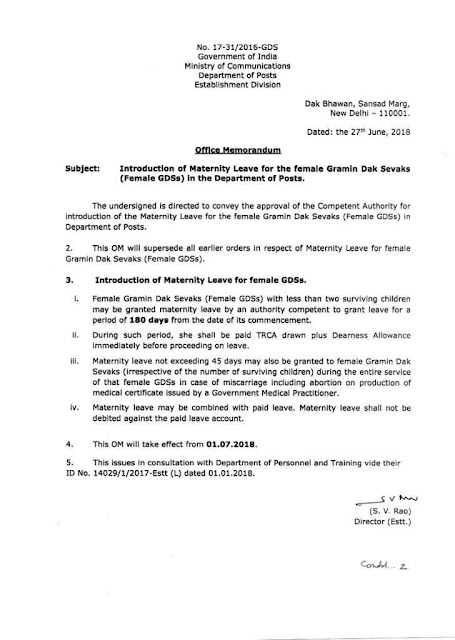