AICPIN May 2018- One Point Increase

At centre level, Sholapur and Bhilai reported the maximum increase of 6 point each followed by Pune, Kodarma and Godavarikhani (5 points each) Among others, 4 points increase was observed in 2 centres, 3 points in 6 centres, 2 points in 18 centres and 1 point in 15 centres. On the contrary, Chhindwara, Darjeeling, Jalandhar, Jaipur and Ghaziabad recorded a maximum decrease of 2 points each. Among others, 1 point decrease was observed in 12 centres. Rest of the 15 centres’indices remained stationary.

The next issue of CPI-IW for the month of June,2018 will be released on Tuesday, 31st July,2018. The same will also be available on the office website www.labourbureaunew.gov.in. 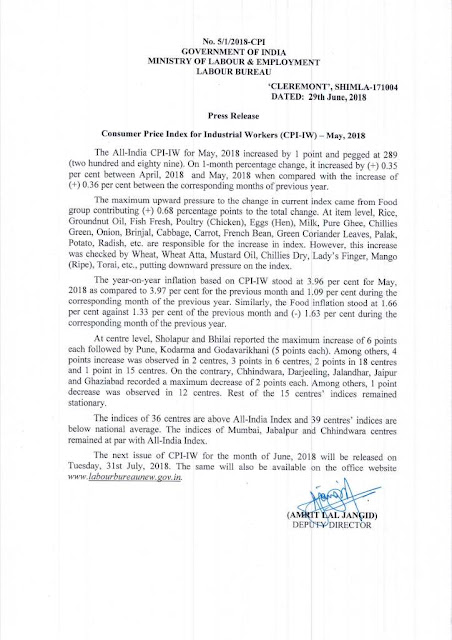