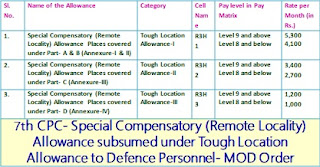 
I am directed to refer to MoD letter Nos. 1(54)/2008/D(Pay/Services) and 1(55)/2008/D(Pay/Services) both dated 04.11.2008 and Department of Expenditure OM No. 3/1/2017-E.II(B) dated 19.07.2017 and to say that consequent upon the decision taken by the Government on the recommendations of the Seventh Central Pay Commission vide Ministry of Finance Resolution No. 11-1/2016-IC, in supersession of the existing orders for grant of Special Compensatory (Remote Locality) Allowance, which has been subsumed in Tough Location Allowance, the President is pleased to decide the rates of Special Compensatory (Remote-Locality) Allowance (subsumed in Tough Location Allowance) to Armed Forces Personnel as under:-

2. These rates shall increase by 25 percent whenever the Dearness Allowance payable on the revised pay structure goes up by 50 percent.

3. The term 'Pay Level' in the revised pay structure means the Level in the Pay Matrix.

4. In respect of those personnel who opt to continue in their pre-revised pay structure/Pay scales, the corresponding Level in the Pay Matrix of the post occupied on 01.01.2016 as indicated in Army Pay Rules, Air Force Pay Rules and Navy Pay Regulations, 2017 would determine the allowance under these orders.

5. In the event of a place falling in more than one category, the higher rate of Tough Location Allowance will be applicable.

6. The other terms and conditions would continue to be applicable along with their admissibility (unless otherwise stated) as mentioned in MoD letters dated 04.11.2008 and otherwise.

Sd/-
(Jayant Sinha)
Joint Secretary to the Govt. of India 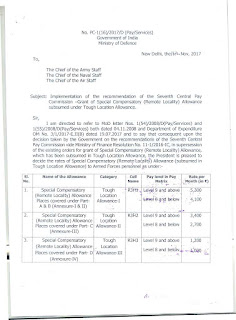 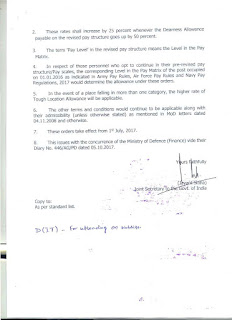 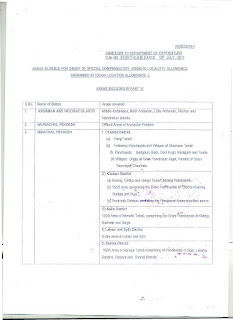 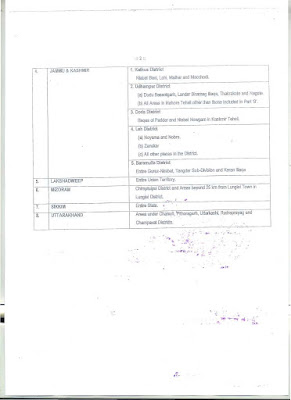 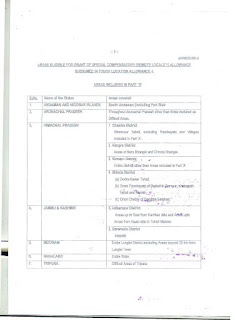 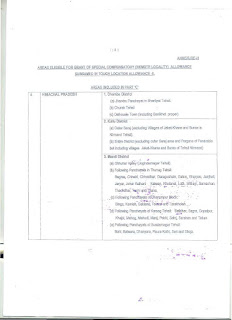 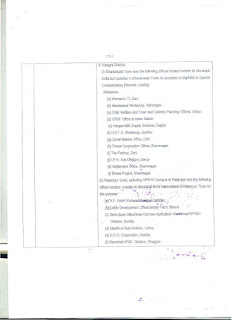 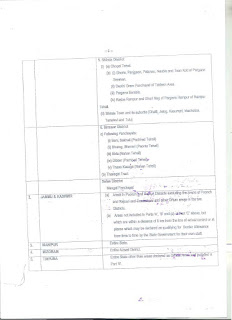 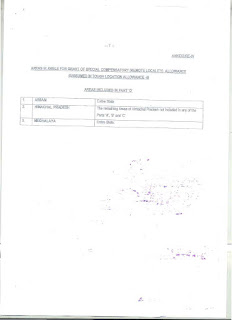