The confirmed All India Average Consumer Price Index Numbers for Industrial Workers (Base 1960=100) for the quarter ended June, 2017 are as follows:-


In terms of Regulation 37 of Bank Employees' Pension Regulations, 1995 Dearness Relief is payable to pensioners at rates specified in Appendix II to the Regulations.

Pending amendments to Pension Regulations, Banks may pay on ad hoc basis, the Dearness Relief payable to pensioners for the period August 2017 to January 2018 as per Annexure. 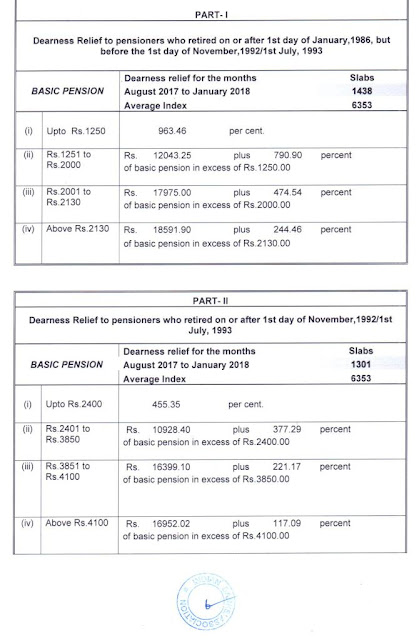 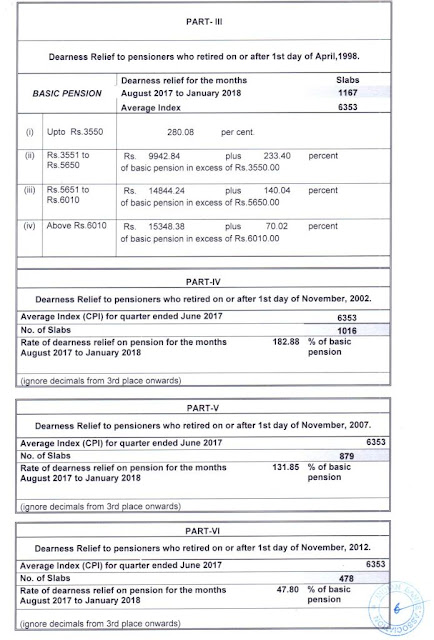