No. 6/2/2017-Estt.(Pay-II)
Government of India
Ministry of Personnel, Public Grievances & Pensions
Department of Personnel and Training

The undersigned is directed to refer to Confederation of Central Govt. Employees & Workers' letter dated 28.09.2016 on the subject mentioned above.

2. It has been requested in the said letter that fresh orders / amendments be issued in the area of pay fixation of re-employed pensioners, esp. PBORs, free from any scope of misinterpretation / ambiguity etc.The said suggestion has been taken note of...... 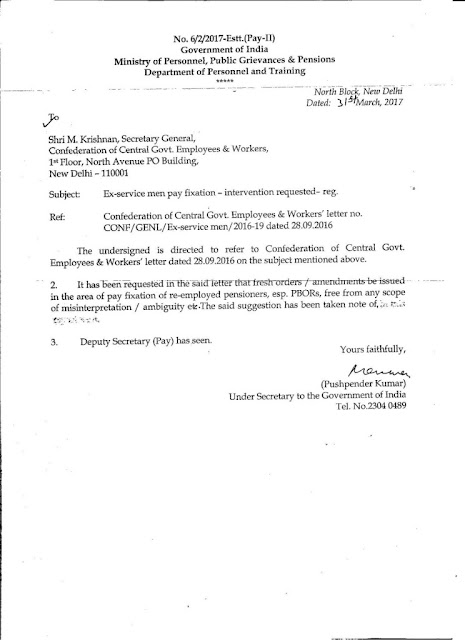