Date - 12:35:00 CPAO DECEASED SERVANTS FAMILY PENSION FAMILY PENSIONER PENSION PENSION CASES
Timely commencement of family pension in favour of spouse by banks in the event of death of the pensioners

Subject: - Timely commencement of family pension in favour of spouse by banks in the event of death of the pensioners.

Attention is invited to this Office OM No. CPAO/Tech/Banks Performance/2015-16/45 dated-02.06.2016 [S1. No. (i) a & (i) b] followed by minutes of the meeting dated-22.08.2016[Para II-(b)] on the above subject whereby Heads of all the CPPCs and Government Business Divisions of the Banks were advised to Commence the family pension to the spouse immediately on receipt of death certificate of the pensioner, proof of spouse age/date of birth and undertaking of recovery of excess payment latest within a month. However, analysis of reports prepared in CPAO regarding time taken in conversion of pension to family pension in favour of spouse of deceased pensioners shows inordinate delay in many cases. The details of these cases are available in CPPC logins on http://eppo.nic.in.

In view of the above, Heads of CPPCs and Government Business Divisions of the banks are advised to review the attached delay report and ensure compliance of the above instructions and submit the status report to CPAO along with reasons for delay by 8th March, 2017 positively by e-mail at vijay.17@gov.in 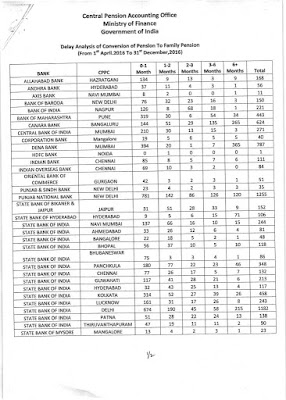 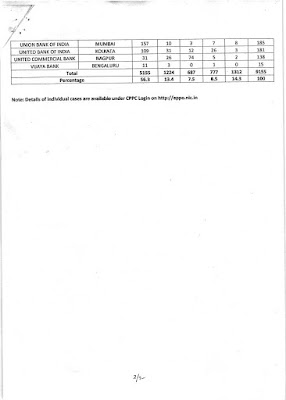