List of Holidays for the Year 2016 for Central Government Offices

Subject: Holidays to be observed in Central Government Offices during the year 2016- corrigendum - reg.

Reference is invited to circular No. 12/7/2015-JCA-2 dated 11th June, 2015 circulating the list of holidays to be observed in Central government Offices during the year 2016.

2. In para 9 of the said circular, the words “Mahatma Gandhi’s Birthday” mentioned in lines 5 and 6 may be deleted, as it is already included as one of the three National Holidays.

3. Rest of the terms and conditions of circular dated 11/6/2015 shall remain unaltered

Sd/-
(G. Srinivasan)
Deputy Secretary to the Government of India 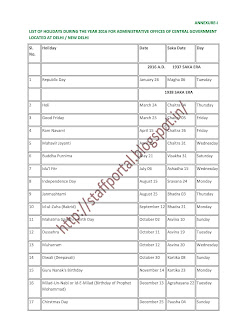 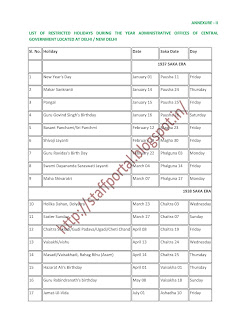 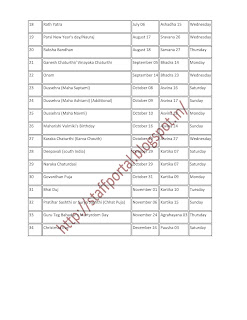